CIERA (Centre Interdisciplinaire d’études et de Recherches sur l’Allemagne) or Interdisciplinary Centre for Studies and Research on Germany brings together 12 of the most prestigious French higher education and research institutions within a public interest group (GIP). The Centre promotes and supports scientific cooperation between France and Germany. Based in Paris, its activities are conducted in France (mainly in the Ile-de-France, Grand-Est and Rhone-Alpes regions), in Germany and beyond.

OUR ACTIONS TO SERVICE FRANCO-GERMAN RESEARCH

CIERA works for all young researchers (from a master’s degree onwards) and confirmed researchers who work on, but also with Germany, or more broadly in connection with the German-speaking area in the humanities and social sciences.

You do not have to be a Germanist, and your work does not have to relate only to Germany, if you wish to turn to us.

CIERA proposes a range of innovative activities and actions for Franco-German research:

OUR PRINCIPLE: “OPENING THE HORIZONS OF THOUGHT”

CIERA welcomes researchers to an international research laboratory that allows them to rethink and transcend academic and disciplinary boundaries – from a Franco-German perspective.

Placing the humanities and social sciences in a global context does not mean only speaking English. Above all, it is an understanding of what speaking scientifically means: a language that is always situated, but with the aim of supporting universal understanding. Our conviction is that the thorough work on, and with a foreign location, a foreign scientific tradition, and using foreign notions of concepts, methods and disciplines, is the best way to acquire a distanced perspective of oneself and to accede to a true international dimension.

It is precisely because they are so close and so different – including in their scientific traditions – that Germany and France offer an exceptional laboratory to make internationalisation a reflexive tool in research.

So, CIERA is therefore not only a place providing access to Germany; it is at the same time a passage toward interdisciplinarity, towards a greater understanding of scientific languages – and so ultimately also an invitation to re-discover oneself.

CIERA was set up under political impetus from the highest level. In September 1997, in Weimar, the French and German governments signed an agreement calling for the creation of a consortium to encourage, structure and internationalise training and research programs in the humanities and social sciences.

"We believe that we need to deepen further the mutual knowledge of the realities of our countries. The forthcoming opening in France of a centre for German studies and research responds to this need, by contributing to the multidisciplinary training of future specialists of contemporary German realities."

In December 2001, the project resulted in the creation of a public Interest group (GIP) under French law: the Interdisciplinary Centre for Studies and Research on Germany (CIERA), which originally brought together 9 higher education and research institutions. It is jointly funded by Germany and France through the German Academic Exchange Office (DAAD) on the one hand, and France’s Ministry of Higher Education and Research together with member institutions on the other hand.

See the convention which founded the Centre

Since then, the CIERA has expanded. It is regularly renewed and several institutions have joined the alliance of the Centre’s member institutions, which now has 12 members among France’s most prestigious academic institutions. From renewal to renewal, CIERA can optimistically move forward in its 20th year.

This success is also due to the strength and inspiration of those who presided over the creation and consolidation of CIERA: Michael Werner (its founding director), René Lasserre (first president) and Nathalie Faure (secretary-general). In 2015, the first two handed over smoothly their positions to Christophe Duhamelle (the current director) and to Hélène Miard-Delacroix (current president).

Also in 2015, the members of the GIP agreed to extended their participation for ten years. DAAD, too, has renewed its support: and so the history of CIERA can continue! 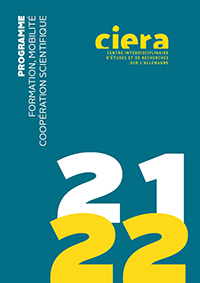 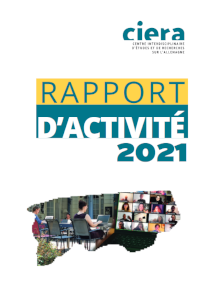