CIERA IS A NETWORK OF NETWORKS IN FRANCE, GERMANY AND BEYOND

Thanks to a wide network of partner institutions, CIERA’s actions are developing in France, Germany and around the world.

CIERA also brings together more than 1,500 members, who are researchers, teacher-researchers, PhD and other students working in connection with German-speaking areas in all the disciplines of humanities and social sciences. They are mainly based in France and Germany.

With 12 member establishments located in Ile-de-France, as well as France’s Rhone-Alpes and Grand Est regions, but also a network of DAAD centres associated throughout the world and partners in France and Germany, the CIERA network is present in a large part of the world. 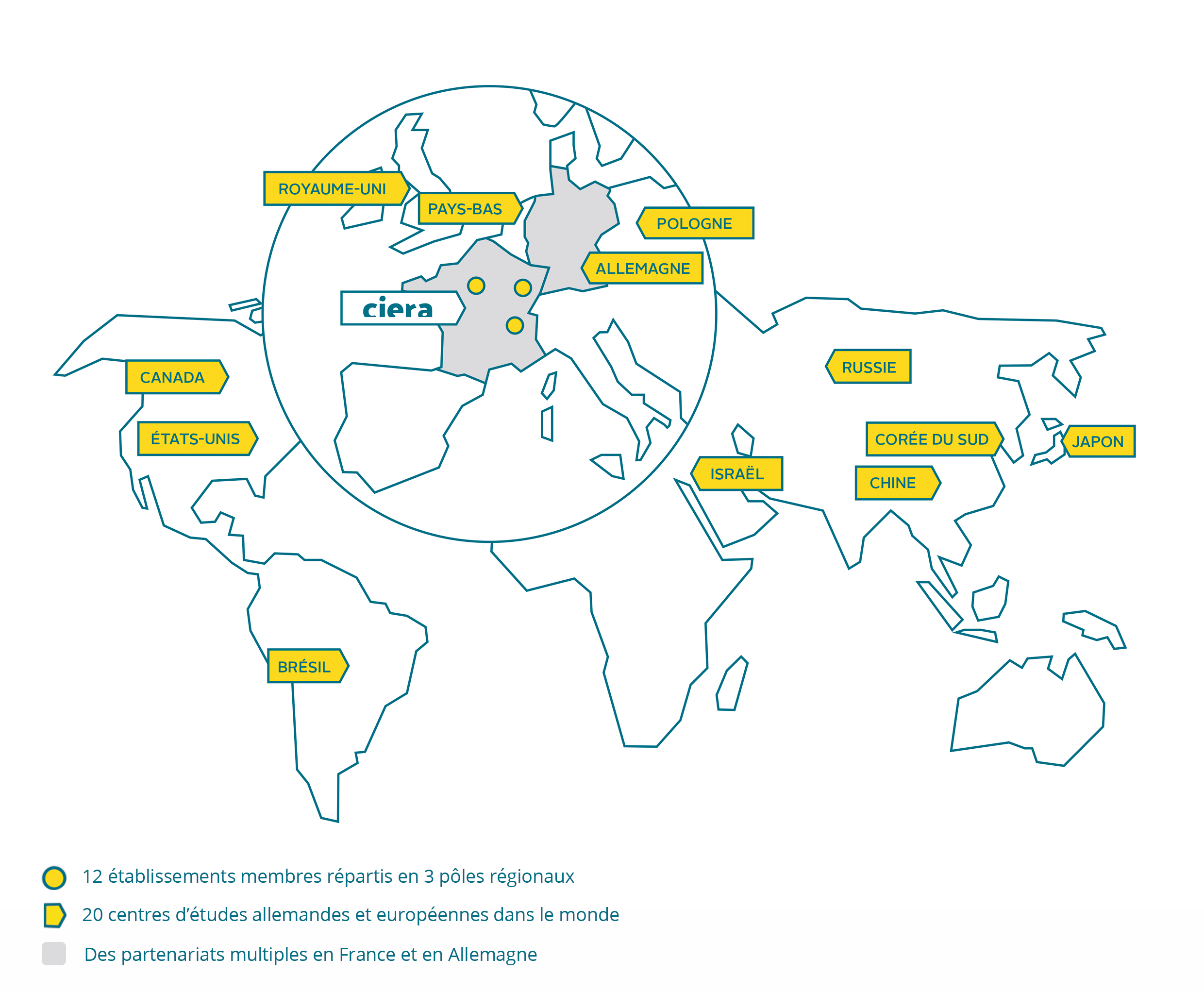 The CIERA is the result of the synergy of the organisations that make up it. These are12 of the most prestigious French institutions in higher education and research, distributed across the Ile-de-France, the Rhone-Alpes Auvergne and the Grand-Est regions:

Thanks to the CIERA network, these member institutions pool their resources to strengthen their training and research potential concerning Germany. This cooperation strategy also enables them to build new partnerships. The creation of a GermanoPole within the Grand Est region and the “Schwerpunkt Deutschland” seminar piloted by from the Rhone-Alpes cluster are two very good examples.

These institutions also benefit from privileged access to certain funding offers, such as training-research programmes.

CIERA is integrated into DAAD’s network of German and European studies centres around the world. This function gives it a privileged place to internationalise its partnerships.

Researchers registered with CIERA have special access to the programmes proposed by the DAAD centres and have access to major opportunities to enhance their work internationally.

MULTIPLE PARTNERSHIPS IN GERMANY AND FRANCE